We are all scared of what is going on in the world right now because we don’t  know what might happen tomorrow, will we! wake up one morning and find our homes have been swept away by floods, Hurricanes, earthquakes, or maybe find ourselves displaced as a result of a war break out in our countries or due to tough economics conditions?.We are a huge population of 7.2 billion people in this universe so if we have the guts we can eliminate this nightmare and make our mother earth a stupendous place to leave.Here are my few suggestions of how we can do it. 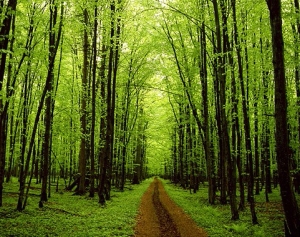 Let’s simplify this we are 7.2billion human beings in the world and  if everyone  of us is mandated to plant just a single trees of any kind  that will be 7.2billion additional trees which will increase the forest cover from the current 10% per country to 20% and let’s say that is done annually for a period of 10 years then we will have solved the issues of water shortage, food insecurity, floods  and the whole issue of global warming, as well as the fear of rising sea levels, will be long forgotten, we have solutions in our hands but we are afraid to  put them into action because nobody  wants to change

2.No Borders Among Countries 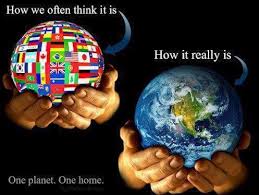 Together we stand Divided we fall and  divide and rule are phrases we hear every day but we don’t take them seriously, simply because we have been taught to follow what we have learned in school, and no questions asked, we have been made to believe that a certain group of people are better than the others maybe because of their  skin colour or maybe because of their wealth, just Imagine a world where there are no countries, no borders, you can go where ever you want to go work anywhere, a world where we see each other as fellow human beings, not as people from such and such race, or from such and such countries we can do it if we decide to do just like one time in history when men were all united during the time of the tower of Babylon, we are the only ones who can bring the change we want to see.

love is blind and it knows no colour these words are used often  because they are very true, just imagine if 50%of the population married outside their race, we would have a half of the world population with a new race  that does not know what is racial wars  discrimination and hatred  because that will have been swept away by the intermarriage.

Think about it, its very simple if we try maybe if not all those suggestion just try one and you will be contributing to a better world for our future generations to come.